How to Make Your Own Precast Concrete Mould

Precast concrete is poured into a mould, and when the mould is removed, the concrete holds a unique shape. If you have your own portable concrete mixer, you may want to make your own moulds. It's tricky, but here's a look at the process.

Find a Plastic or Wood Copy of the Shape You Want

The easiest way to make a precast concrete mould is by starting with the shape you want. This could be an existing object, or you could carve the shape you want out of wood. Keep in mind you will build your mould around this object, and it will come into contact with silicone.

Build a Box Bigger Than Your Object

The second step is to build a box. The box should be larger than your object. Ideally, it should have two sides which are the same size. You should install clips or latches so that you can close the box firmly. If you can't close the box, your precast concrete mould won't work. Finally, drill a couple of holes in the top of the box.

Put the Object in the Box

Place the object so that it's in the middle of the box and close the box tightly. Then, get some silicone designed for making moulds, and pour that into the holes on the top of the box. The silicone should fill all the empty spaces in the box around the object. You may want to gently jostle the box from side to side to help the silicone settle into place.

After you have cut around the entire mould, the silicone should be in two pieces. Attach these two pieces to either side of your box. If you plan to use the mould more than once, you may want to glue the silicone to the box to hold it in place.

Test Out Your Mold

Now that the mould is ready, it's time to test it out. Set up the box with the silicone mould inside of it. Then, get your concrete mixed and ready to pour. Finally, pour the concrete into the mould. Then, let it dry, remove the mould and check out the results. 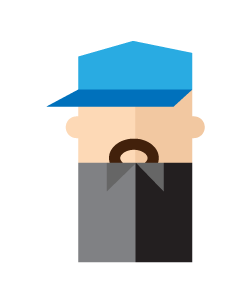